I Believe in You

In 2014, I joined a triathlon team and signed up for a full Ironman triathlon. A 2.4 mile swim, 112 mile bike, and 26.2 mile run, all in a single race Here's the problem, I didn't know how to swim, I hadn't ridden a bike since I was a kid, and the last time I ran I had torn my calf so severely that I was told I'd never be able to run again.

The coach offered to work on my running form with me, and I was willing to try.  He also assured me that his spin class was great training for the bike.  The part that scared me most was the swim.  I didn’t know how to swim, at all, and I didn’t have to just learn how to swim in a pool. I would have to learn to swim 2.4 miles in an open water race environment with hundreds of other swimmers nearby.  I didn’t think it was possible. 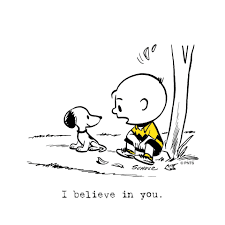 I Believe in You

Learning to swim had very little to do with me.  It had everything to do with having confidence that I could learn something because someone said they believed in me, and they offered to show me how. I've since swum multiple 5Ks and multiple Ironman triathlon races.

Every one of us wears multiple hats and has the potential to influence many circles.  We have our families, our friends, our neighbors, our co-workers, our community activities, and many other social circles over which we can cast our influence.

The opportunities are there on a daily basis.  Each opportunity is a chance for you to positively impact their life by letting them know they have what it takes and by pouring your time, talent, knowledge, and abilities into them.

Think about the power my coach’s words had on my entire life's trajectory. Had he not believed in me, I never would have gone on to become an endurance athlete, I wouldn't have made new friends in the endurance racing circle, and I wouldn't have been able to positively impact others through endurance sports. Had he not believed in me AND shown me how, the spark he ignited likely would have fizzled out with no action. It's the power of his words and his supporting actions that changed my life and positively impacted others.

You already have what it takes to shape destinies.  You just need to unleash the power of the spoken word.
Welcome to the new you.  Enjoy the journey...
Check out In Our Weakness We Are Strong on Amazon at  https://amz.run/3fv1
Learn more about Dave VanEpps or request a speaking engagement at www.davevanepps.com
Check out more inspiring blogs at www.chosenmessenger.com
Follow me on social media:
Facebook EnjoyTheJourneyCompany
Twitter @DEVanepps
Instagram @davevanepps
YouTube Enjoy The Journey
at April 01, 2021