God Put You There for a Reason

It was the Tuesday after Memorial Day, and I wasn’t in a good mood.  Every day of the long weekend had been spent on the boat, enjoying the beautiful Michigan weather. Today was back to work, and I wasn’t able to get my usual early morning flight to Dallas.  As with most short weeks, it was a jam-packed day, so by the time five o’clock rolled around, I wanted to relax and unwind.  Instead, I ended up spending my evening in the air. 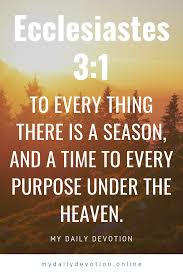 When I began participating in the sport of triathlon, I didn’t think I’d need a team.  After all, one person swims, bikes, and runs the course alone, so how could it possibly be a team sport?  God showed me otherwise.

God’s design for life is all about teamwork. This community-oriented structure has existed since the beginning of time, with the Trinity of God including God the Father, Jesus Christ, and the Holy Spirit.

This design for community is also reflected at the origin of human history.  Genesis 2:18 says, “The Lord God said, ‘It is not good for the man to be alone; I will make a helper suitable for him.’”  Later, in verse 22, God created woman.

The Bible uses the body of Christ as a metaphor for teamwork.  1 Corinthians 12:12-14 says, “Just as a body, though one, has many parts, but all its many parts form one body, so it is with Christ. For we were all baptized by one Spirit so as to form one body—whether Jews or Gentiles, slave or free—and we were all given the one Spirit to drink. Even so the body is not made up of one part but of many.”  Here the Apostle Paul talks about the body being one, much like a team.  He also acknowledges that the many parts form a single body, similar to how many players form a single team.

God wants us to collectively be the body of Christ.  Everyone is needed, and everyone plays an equally important and vital role in the success of the church.  Because of our individual uniqueness, we work together and complement each other.  When we all work together as God’s church, our team can become a very powerful force for Him.

God’s design for teamwork applies to life as well as sports.  Shortly after training for Louisville began, I was pushing my limits in the pool and trying to sustain a pace much faster than that which I could maintain.  My swim came to a screeching halt, as I realized that something was wrong with my shoulder.

After a few weeks of rest and ice, my shoulder wasn’t getting any better.  I reluctantly went to the doctor, and the MRI confirmed I had a 50% tear in my rotator cuff.  This was another one of those breaking points we all encounter in life.  It was definitely a moment that could have ruined my season.

Much like the other breaking points I’d hit over the years, this was an opportunity for God to teach me something and to turn this weakness into a strength.  That strength came in the form of my team.

In the next few weeks, I worked closely with my expanded team, which now also consisted of an orthopedic surgeon and physical therapist.  I continued working with our coaches to develop a stronger kick, and one coach even showed me how to swim with one arm.  Of course, I leaned heavily on my teammates, and they kept my spirits up while I was struggling to recover and preparing to pull off the race.

Come race day, I was prepared both physically and mentally.  I was able to complete the swim and have a very successful, enjoyable race.  More importantly, my team was in it together, as we all celebrated along the course and at the finish line.

Life’s a team sport.  Play it that way!

Welcome to the new you.  Enjoy the journey...
Check out In Our Weakness We Are Strong on Amazon at  https://amz.run/3fv1
Learn more about Dave VanEpps or request a speaking engagement at www.davevanepps.com
at January 18, 2021 No comments: