Everyone loves an underdog. Everyone loves the story of a winner who had to overcome seemingly impossible odds.  The 1980 USA Men’s Hockey Team earned Olympic gold after defeating a Soviet team that had been unbeatable for years.  Buster Douglas was a 42-1 underdog when he knocked out the undefeated, undisputed heavyweight champion of the world, Mike Tyson.  And, of course, many of us were glued to the big screen as we watched the underdog Rocky Balboa come back to defeat Apollo Creed.  We all love winning, but we all love winning more when the odds are stacked against us. There are three keys when it comes to overcoming all odds: belief, courage, and resilience. 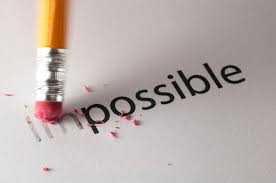 Belief
When I first started running marathons, I was an underdog. I wasn’t a runner. In fact, I hated running, and the prospect of running 26.2 miles terrified me… until my mentor said, “I believe in you.”  Those words transformed the impossible to the possible.  They drove me to positive action: eating right, researching the sport, working with him to create a plan, and diligently following the plan. They programmed me to believe that success was a foregone conclusion, and I started acting that way. Believing in yourself programs your mind and body for unlimited success.  It sends a powerful, positive message to your subconscious mind that drives action. It enables you to overcome seemingly impossible odds. The words “I believe in you” can change a destiny.

Courage
You can’t win it if you’re not in it. There’s a Bible story about an epic battle between David and Goliath several thousand years ago. David wasn’t even invited to the battle. However, he had the courage to show up, and when nobody stepped up to take on the mighty Goliath, David rose to the occasion. David was the underdog, the kid, the shepherd, the guy with no armor, and his only weapon was a slingshot. Goliath was a killing machine - a one-man wrecking crew with armor, the best weaponry, and a history of destroying everything in his path. Everyone knew who was going to win this battle. However, when the battle started, David grabbed a rock, pulled back his slingshot, and fired, lodging the rock deep in the skull of the giant warrior, sending him to an early grave.

Resilience
Resilience is a learned skill, demonstrated by the most successful people in life, in which one is able to accurately assess their current situation and face the cold, hard facts.  Based on those facts, they create a plan of action, and they create a sense of purpose.  Ultimately, they relentlessly attack barriers - going over, under, around, or through anything that stands in the way.  In a nutshell, resilience is the ability to bounce back from adversity and forge a path to success.  It’s a process by which one never gives up, and when life hands them lemons, as it often does, they figure out how to make lemonade.  Dean Becker says, “More than education, more than experience, more than training, a person’s level of resilience will determine who succeeds and who fails. That’s true in the cancer ward, it’s true in the Olympics, and it’s true in the boardroom.”

My Challenge to You
Consider the Goliaths in your life. Maybe your Goliath is an addiction. Maybe it’s pornography, alcohol, or tobacco.  Maybe it’s a difficult boss, a failing relationship, or a challenging teenager. Whatever it may be, think of this as an epic battle in which you’re the underdog.

In the words of the great Dr. Fred Hatfield, “If you believe these things, then for you winning is neither everything nor the only thing.  It's a foregone conclusion! But, if along the way, you should somehow stumble, profit from the experience!  And vow, by the power of Almighty God, it'll NEVER happen again!"

Welcome to the new you.  Enjoy the journey...

Check out Enjoy the Journey on Amazon.com at https://goo.gl/G9BM8O

Learn more about Dave VanEpps or request a speaking engagement at www.davevanepps.com
at December 22, 2017 No comments:

The Season for Joy

Living amongst the poorest of poor, I realized that true happiness and joy come from within.  I’ve been on multiple mission trips to Haiti, the poorest country in the Western Hemisphere. One might think that in a country overrun with poverty, corruption, disease, and a lack of food and water, stress would be a problem. I expected to see people worried about things like food, water, sanitation, disease, and education.  While the people of Haiti live in some of the worst poverty, in which the pursuit of food and clean water is often a daily challenge, they are also the most joyful people I’ve ever met. Joy isn't a response to circumstances, it's a choice. 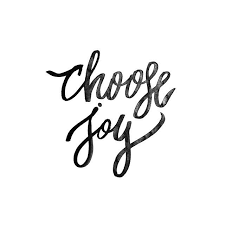 Love What You Do
Life’s not just about a destination, but it’s also about the journey to that destination. Stop saying, “Thank God it’s Friday.” Stop saying, “I can’t wait until…” And start saying, “Thank God it’s today.” The American workforce has expressions like “hump day” to illustrate the fact that we tolerate work for five days so we can live on the weekends.  It’s time to rethink our attitudes. It’s time to approach work with a spirit of thankfulness and joy.  A job isn’t a curse, it’s a gift and a blessing.  It’s an opportunity to grow, learn, develop, be creative, make a difference in the lives of others, and make some money in the process.  If you love what you do, you’ll never work a day in your life.

Manage Stress
“It’s not the load that breaks you down, it’s the way you carry it” ~ Lou Holtz. When bad things happen, how do you respond? Successful people anticipate and act proactively to avoid or minimize stressful situations. When in stressful situations, successful people remain calm and respond positively. They adapt to the situation and figure out what needs to be done. They introduce joy to any situation. On the other hand, unsuccessful people react with pessimism and negativity.  Instead of remaining calm, they overreact, they create drama, they addict, and they allow stress to take control. If stress controls you, it will ultimately bring you down—in addition to the inevitable health issues, it will destroy your joy. “Can any one of you by worrying add a single hour to your life?” ~Matthew 6:27.

Choose Joy
Galatians 5:22 says, “The fruits of the spirit are peace, love, joy…” Notice the two key words: fruit, joy. This isn’t a suggestion, it’s a divine command for you to produce fruit by being peaceful, loving, and joyful.  Think about it - you can produce fruit for others by being joyful!  Joy is contagious. You can choose to infect others with negativity and pessimism, or you can choose to positively impact others with passion and joy.  Joy creates a slice of Heaven for those around you.  “The best thing you can do, the best fruit you can produce, to change the world is to create a little slice of Heaven for someone every day.” ~Tom Hagan.

Welcome to the new you.  Enjoy the journey...

Check out Enjoy the Journey on Amazon.com at  https://goo.gl/G9BM8O
Learn more about Dave VanEpps or request a speaking engagement at www.davevanepps.com
at December 15, 2017 No comments: