The subconscious mind is responsible for roughly 95% of the programming that takes place in our brain. “Whatever we plant in our subconscious mind and nourish with repetition and emotion will one day become a reality” ~Earl Nightingale.

The words we allow into our brain are critical in terms of both our own self-programming and how those closest to us program themselves.  Speaking words of truth and life can positively impact how others see themselves. Small words of truth and positivity can stay with someone a long time.  Conversely, speaking words of negativity can adversely impact others in ways we can’t imagine.  Rachel Wolchin once said, “Be mindful when it comes to your words. A string of some that don’t mean much to you, may stick with someone else for a lifetime.” 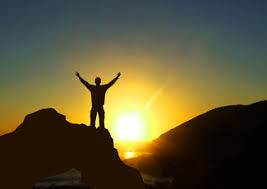 God has a lot to say about the power of words – the power to do good, the power to do evil.  I remember times in my life when people spoke positive words into me, and they motivated, inspired, and led me to take action.  Unfortunately, I remember times when people spoke negative words that deflated, discouraged, and led me to give up.  “The tongue has the power of life and death, and those who love it will eat its fruit.” (Proverbs 18:21)

Matthew chapter 12 shares some words directly from Jesus. In verse 34, Jesus says, “You brood of vipers, how can you who are evil say anything good?  For the mouth speaks what the heart is full of.”  Jesus said this to show us that words don’t just come out of our mouths, they are a reflection of the condition of our heart.  If our heart is in a bad place, our words will follow.  If our heart is aligned with the heart of Jesus, our words will also follow.

In Ephesians 4:29, the author, Paul, says, “Do not let any unwholesome talk come out of your mouths, but only what is helpful for building others up according to their needs, that it may benefit those who listen.” Paul realized both the power of words and the value of community.  Can you imagine what the world would look like if everyone spoke words that would consistently build others up according to their needs?

God’s Words About You

God’s words are words of life, truth, and victory. Those words are God speaking directly about you and to you.  This is what your subconscious mind should have permanently engraved in it as the truth about who you are.

You have choices when it comes to words:

Welcome to the new you.  Enjoy the journey...
Check out In Our Weakness We Are Strong on Amazon at  https://amz.run/3fv1
Learn more about Dave VanEpps or request a speaking engagement at www.davevanepps.com
at December 31, 2020 No comments:

God has an amazing heart for athletes and competition.  The Bible is filled with stories that speak to competition and its inherent challenges.  Perhaps the most popular verse for runners comes from 1 Corinthians 9:24, which says “Do you not know that in a race all the runners run, but only one gets the prize? Run in such a way as to get the prize.”  However, with God, it’s not all about winning.  It’s about training, it’s about character, and it’s about living the life He intended for you to live. 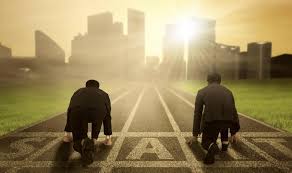 Have you ever signed up for something and then wondered what you were thinking?  I had no idea why I signed up for my second marathon.  I thought back to why I had competed in the first marathon, and there were several elements at work:

Those were my secular motives.  The question was, what did God think of this?

What Does God Say About Competition?

God wants you to work hard, train hard, run hard, and compete.  However, as athletes, He expects more.  In Philippians 2:3-4, Paul says, “Do nothing from rivalry or conceit, but in humility count others more significant than yourselves. Let each of you look not only to his own interests, but also to the interests of others.”  The New International Version of the Bible replaces the phrase “do nothing from rivalry or conceit” to “do nothing out of selfish ambition or vain conceit.” The New Living Translation version replaces this phrase with “don’t be selfish; don’t try to impress others.”  God’s stance is clearly that we should do nothing out of conceit, vanity, selfishness, or a need to impress others.

In another book of the Bible authored by Paul, 2 Timothy, he continues with the theme of competition.  “An athlete is not crowned unless he competes according to the rules.” ~2 Timothy 2:5. This verse speaks another of God’s truths on competition as well as life.  God wants us to be fair and to play by the rules – no cheating allowed.

If we summarize what’s found throughout scripture, it boils down to this:

God loves you and has a perfect plan for your life.  He wants you to train spiritually in the same ways you train athletically.  He wants you to do your best.  He wants you to live an abundantly blessed life, filled with success, winning, and love.  He wants your heart such that you do it all for Him and His glory.  When your performance becomes a true sacrifice to Jesus Christ, and when you give it all back to the one who created you, you’ll have already won.

Welcome to the new you.  Enjoy the journey...
Check out In Our Weakness We Are Strong on Amazon.com at  https://amz.run/3fv1
Learn more about Dave VanEpps or request a speaking engagement at www.davevanepps.com

When life hands you lemons, make lemonade, right?  What do you do when 2020 hands you a lot of lemons?  Simple, make more lemonade.
In a year marked by words like Covid, wildfires, racial injustice, murder hornets, social distancing, and a crazy election, how could anyone possibly make lemonade from these lemons?  I don’t know – why don’t we ask companies like Zoom, Lysol, DoorDash, GrubHub, Uber Eats, Amazon, and Netflix? They were opportunistic when it comes to 2020 – you can be too.
What about you?  What opportunities did you (and do you still) have to make lemons in 2020?  There are plenty! 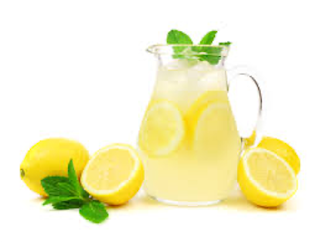 Crisis = Opportunity
There’s a Chinese proverb that says, “A crisis is an opportunity riding the dangerous wind.”  Crisis equates to danger, but it also equates to opportunity. Let’s not be dismissive of the fact that lives were lost, businesses closed down, and people were adversely impacted.  2020 was filled with sad stories. However, 2020 was also filled with opportunities that get very little airtime.
They say life’s not about what happens to you, it’s about how you respond.  You can accept the bad news and write 2020 off as a bad year, or you can find an opportunity and make the most of it.  It’s your choice.
God’s Perspective
The Bible may not use Chinese proverbs or talk specifically about lemonade, but God’s word says plenty about responding to adversity.
God’s word is clear - you will face adversity.  It is equally clear that God is with you and that He’s already won eternal victory over death.  The trials we face build perseverance for the long run. God will deliver you from your troubles and give you peace, and He wants you to rejoice, always.  Yes, even in 2020!
Best Practices
Many people have used 2020 as a time to make lemonade.
Your Opportunity
Make no mistake, when we look back on 2020, there will be two groups of people. There will be those who embraced the negativity, and there will be those who sought opportunity to make the most of challenging times.  The question is, which group will you fall into?
Regardless of how your 2020 has taken shape so far, we’re far from out of this.  You still have time to make your version of lemonade. Why not start with the simple things, like peace.  Jesus said you can have it in Him.  Believe in Him and declare Him the Lord of your life and experience all He has to offer.  Fearlessly face the trials, for God is with you.  Build up the spiritual perseverance God wants for all of us. Rejoice in all things.  Lastly, look at some of the best practices, and consider how to repurpose your time for the greatest good.
Time, like money, is finite and requires prioritization.  Prioritize your time.  Prioritize your life. Then live according to your priorities. Through crisis comes opportunity. Make 2020 your opportunity of a lifetime.
Welcome to the new you.  Enjoy the journey...
Check out In Our Weakness We Are Strong on Amazon.com at  https://amz.run/3fv1
Learn more about Dave VanEpps or request a speaking engagement at www.davevanepps.com
at December 04, 2020 No comments: